Blog - Latest News
You are here: Home / About us / At Lambropoulos! The story of 100 years in one album

It was in 1898 that Xenophon Lambropoulos left his large family in Kontovazena, in mountainous Arcadia, and went down to Athens to find his fortune. In order to be able to survive, he made the itinerant salesman in the center of the small city at the time. Carrying a small stroller, he would go up and down Aiolou Street. Xenophon Lambropoulos quickly became well known and liked, creating a small capital and paving the way for the establishment of his first sheltered business, this time. In this internal migration, he was quickly followed by his brother Vasilios, who had joined him to finish the Gymnasium (something he did while working). Xenophon and Vasilios Lambropoulos founded a trading company in 1906 and housed their business in an underground space at the corner of Aeolou and Sofokleous street.

One album, a history

It was the start of a business that had, in the beginning of the 20th century and for decades, conquered initially the Athenian market. And it is the story of this family business that unfolds along with the great historical stations of the past century through the volume “Lambropoulos Brothers, 1901 – 1999, We Choose Before You – For You” which was presented on Wednesday, November 30 at Zappeion Megaron (at 19:00) by Dimitrios and Blanche Lambropoulos Charity Foundation. The presentation is combined with a small exhibit of family records from the business of Lambropoulos family and a short musical reference to the successes of Columbia record label associated with Lambropoulos family. 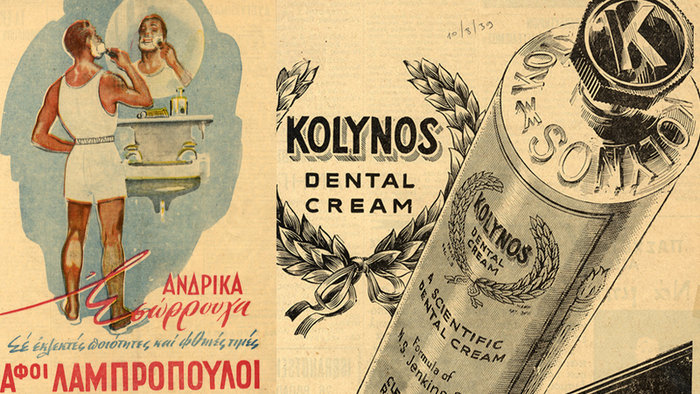 Men’s genres and novelties of the time

That first Lambropoulos shop sells all men’s items and novelties of the time. “In the first period of his trade, there were modern items for the man (ties, handkerchiefs, shirts), and three new employees were soon introduced, along with the first innovations: Sunday holidays, abolishing of bargaining and fixed prices as an element of trust between merchant and customer that the first sells after setting the price of the commodity”, we read in the texts of the volume that are accompanied by rich archival material. In 1913 the main shop was transferred to the building of Aeolou – Stadiou Street, which in time expanded on the privately owned neoclassical buildings along Aeolou – Lykourgou Street. “At a time when the opening hours were not in effect, the job would last for most of the day, and the shop could run from 7 a.m. until 10 p.m.”, it is also mentioned in the book. In 1927, “Lambropoulos Bros.” shop becomes a Société Anonyme, although its listing on the Stock Exchange will take place 40 years later. 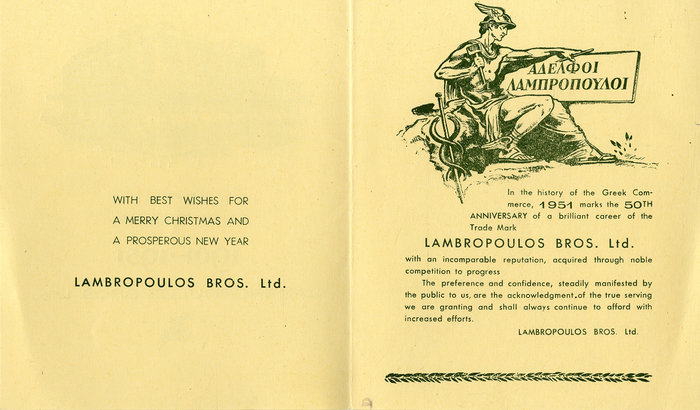 “Κοlynos” and “Katol” shortly before World War II breaks out

War and occupation do not stop it. Indeed, on the eve of the war, the company proceeded with the acquisition of the industrial brand of toothpaste “Kolynos” and the insecticide “Katol” for Greece, as well as of the laboratories for the manufacture of these products. Kolynos, which is “extremely active … embellishes and whitens the teeth”, becomes a synonym from the time it was launch by the company with the concept of toothpaste. 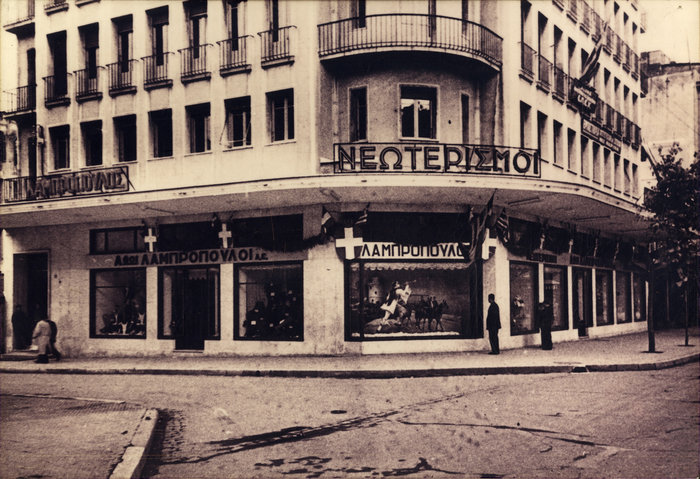 Sixties and seventies: “At Lambropoulos!”

In 1950s advertisements, “Lambropoulos” appears ready to gain consumer confidence and offer everything that the war has deprived of until then. Indeed, in 1951, the company is able to celebrate its 50 years of continuous operation under clear terms of recovery and progress. The decades of the ’60s and ’70s are the most prominent for “Lambropoulos” brand, which contributes to the operation and shaping of the capital’s commercial center. The corner of Aeolou with Lykourgou and Stadiou street is identical with the store. It becomes a meeting place (“at Lambropoulos”), but also a landmark for the beginning of Christmas, Carnival and Discounts. Not few were the Athenians who went down for many years simply to admire Lambropoulos’ windows, see the prices and, above all, “all the new European models: “Profit in Consumption” and “Fixed Prices” are some of the emblems of the company, which becomes a stable commercial value in the center of Athens. In 1979, Lambropoulos Brothers opened a new store in Piraeus. 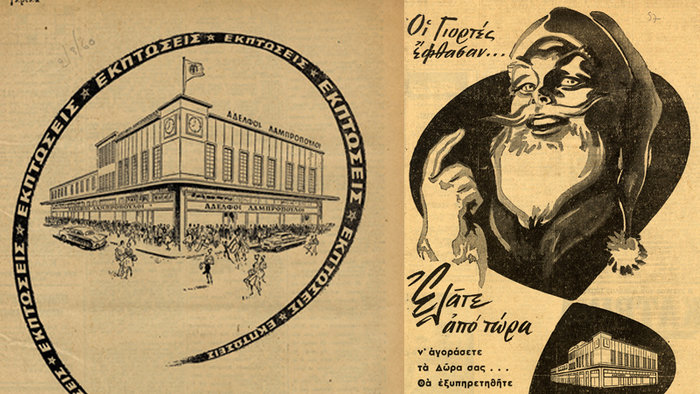 In the 1980s, Greeks of all region and all ages who arrived in Athens visited “Lambropoulos” to search for a wide range of quality products in good value for money. Lambropoulos’ shop (of course, with Minion and Athenian) had managed to bring all new from the European market in Greece. Expensive fabrics, sets of foreign designers and everything that was qualitatively upgraded at its time was captured in the slogan of the store “We Choose before You, for You”. 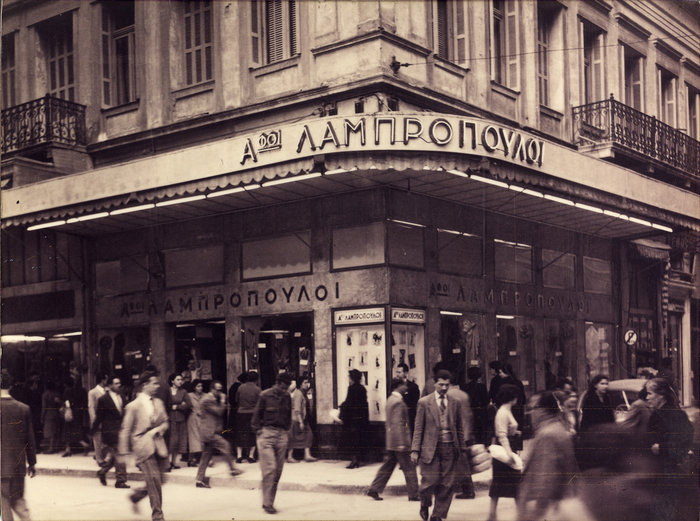 The great innovations of “Lambropoulos”

Innovations that can be attributed to “Lambropoulos Bros.” were that they introduced early on single (no-bargain) prices for the items sold, and supported the practice of keeping stores closed on Sundays so people could wear their festive clothes, and also that they manufactured clothes from quality fabrics. Another innovation has also been the introduction of music gramophones by Vasilios Lambropoulos, as well as the introduction of record disks into the Greek market through the commercial mark set up with Columbia record company. Fashion shows were also organized “at Lambropoulos”, and initiatives were launched to invite actors starring in famous series on Greek television. In the 1990s, 20,000 people gathered at the reception of Ronn Moss, the famed Ridge Forester from the Bold and the Beautiful series! 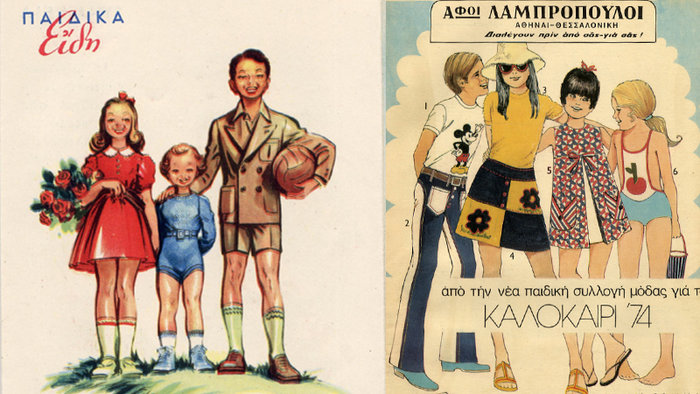 For the first time in 1992, Lambropoulos introduces the logic of shops-in-a-shop in the Greek market with the aim of attracting branded companies and giving them space in the department stores of the company. All of this was happening, when the concept of the department store was still at an early stage. At the end of the 90s the historical company “Lambropoulos Bros.” passes to Papaellinas Group. Projects include the refurbishment of the department store. In 2001 the corner of Aeolou welcomes Notos Galleries Lambropoulos signaling a new era. Although today the corner of Aeolou in the city center called Chaufteia is trading under a different name (Notos Galleries), however, “Lambropoulos Bros.” shop played an important role in the commercial history of Athens. It is associated with the course of the growth and the fall of the market district around Omonoia square, but also with many memories for those who have lived and experienced the city. 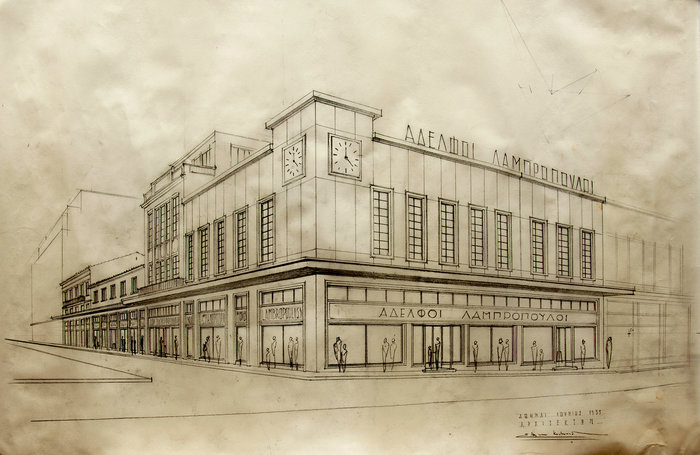 Buildings that have never been done

In 1954, the architect and professor of the NTUA, Solon Kydoniatis, is preparing a new proposal for the main shop of Lambropoulos Bros. following the Bauhaus standards. This proposal will not be implemented. Emanuel Vourekas studied not only the layout of the floors but also the details of the interior space. But this proposal never took place as a whole. 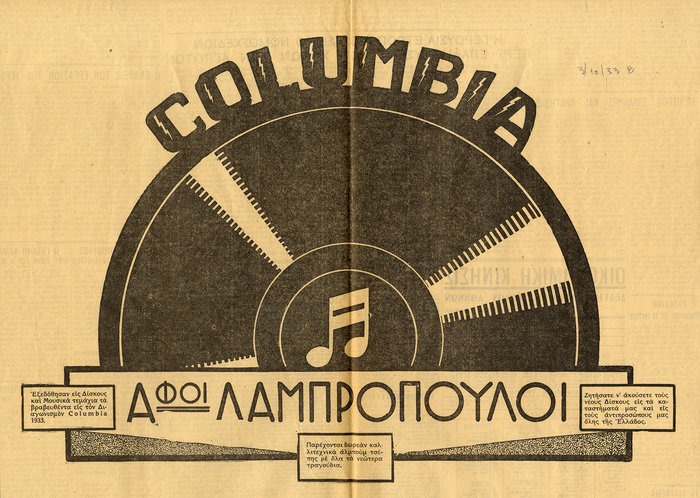 However, Lambropoulos family did not only remain in the field of commerce. Another of their great actions was the creation of the “Columbia – Lambropoulos Bros.” record company. And this was done in pre-war times, that is, at a time when gloom, pessimism and discomfort prevailed in the world. Takis B. (of Vasilios) Lambropoulos was a brilliant mind of the record industry. He took over the company in 1958, when the great generation of Lambropoulos, his father and his uncles, pass on the torch of their businesses, namely “Lambropoulos Bros. Commercial & Industrial S.A.”, to their children. Takis B. Lambropoulos takes over the sonorous company Columbia, at age 28, succeeding his uncle Themistoclis Lambropoulos and the brilliant Nikandros Miliopoulos, producer of all the legendary artists of the 30s-60s eras. 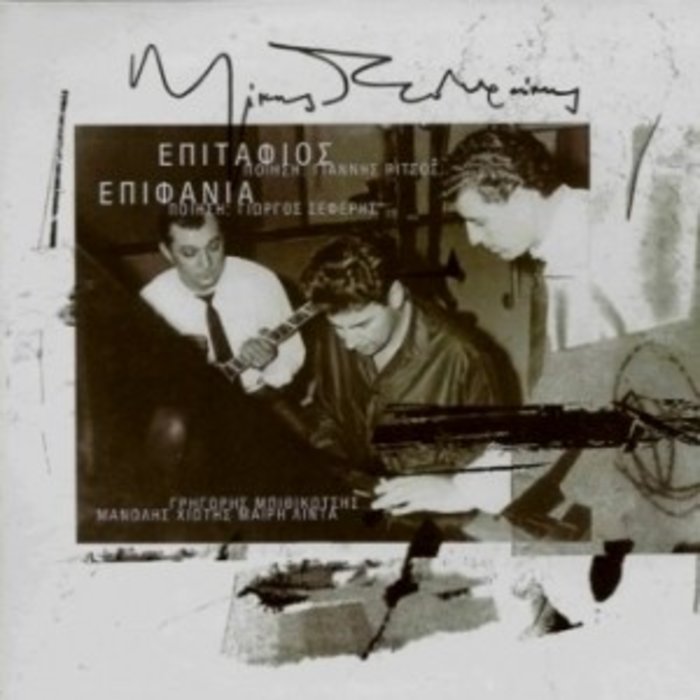 He has a vision for upgrading and revolutionizing Greek discography. He gathers poets, new musicians (Theodorakis, Hadjidakis, Xarhakos, etc.), appoints Manolis Chiotis as coordinator and director of the recordings, discovers new voices (Moscholiou, Aggelopoulos, Dionysiou, Lydia, Farantouri, Xilouris, etc.) and puts actors to sing (Vougiouklaki, Lampetti, Horn, and Melina). He, himself, made a record of “Karagkiozis” with Spatharis and established the first folk concerts (Kentrikon), and he also changed the aesthetics of the record covers by establishing the artwork with works by great painters (Tsarouchis , Moralis, Eggonopoulos, Bost, Argyrakis, etc.) He established the half-hour news of the record companies on the radio (he used as Columbia’s signal the improvisational introduction (taksim) from the song “The Cloudy Sunday” by Tsitsanis); he recorded theatrical performances; he imposed the “first execution” order on all composers (preserving the prestige and grandeur of the first performances). He brought back the rebetiko genre (with Bithikotsis, P. Panou, Gavalas, Lydia…). 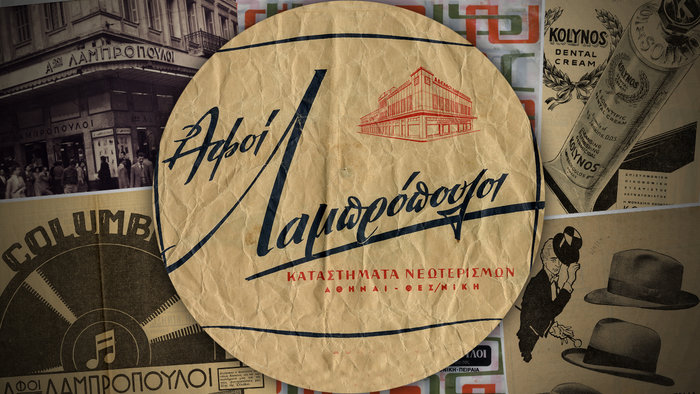 What does the Lambropoulos case teach us?

The history of the business with the self-created family leader from the Greek region that developed innovative action in 20th century Athens proves that when the economic urban context provides opportunities that the right people can “meet”, the conditions for great success are created.

(SOURCE for the activity of Takis B. Lambropoulos in Columbia: http://kontovazaina.blogspot.gr/2014/09/blog-post_25.html)

The photos used were taken from ELIA and the Charitatos collection.